At the beginning of December I had the privilege of sharing the splendours of the Cape with the Peng family from Singapore.

What a lovely young family, they had pretty much decided on where they wanted to go and what they wanted to do, so I added a few suggestions and drove them according to the itinerary they had worked out from doing lots of research on the Web.  At one stage they wanted to cancel due to the Ebola scare in West Africa, but I managed to convince them that West Africa was a long way away and that they would be very safe here.

The first part of the tour involved a private tour of Cape Town and a Peninsular Tour.  The highlights were of course Table Mountain, the boat trip to sea the Seals off Hout Bay and Cape Point. 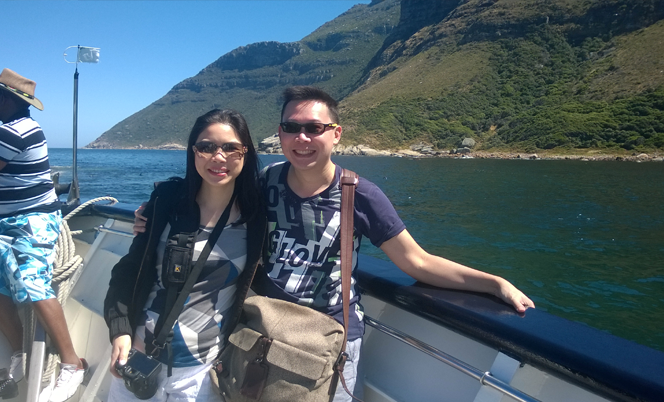 Girls making their own biscuits at Café Paridiso, that was a hit! 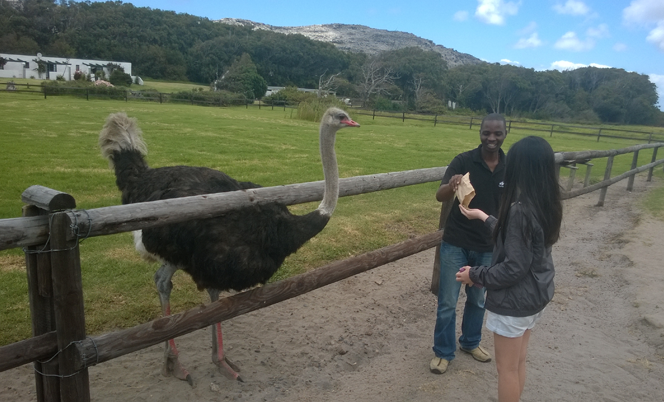 After a couple of days of exploring all that Cape Town had to offer, we headed off for the Garden Route Game Lodge. I was pleasantly surprised at the level of service and quantity and quality of the food.  I was also impressed with the quality of the game drives and diversity of wild life.  It is not a big reserve so there are huge herds of animals, but there was enough to keep everyone enthralled and entertained for two days of game drives.

We saw a free roaming Cheetah at close range as well as a family of Bat Eared Foxes as well as Lion (in a large enclosure) Elephant, Zebra and much, much more! 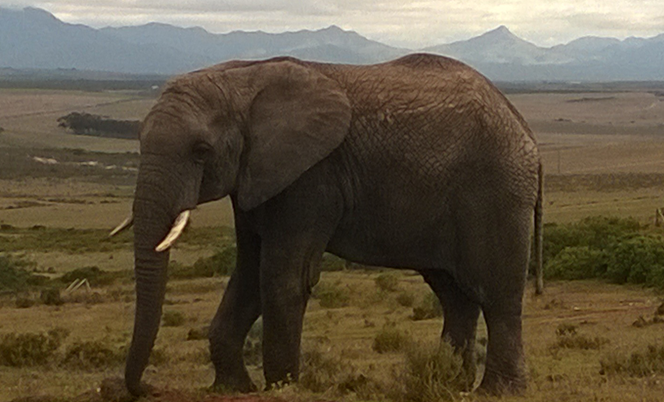 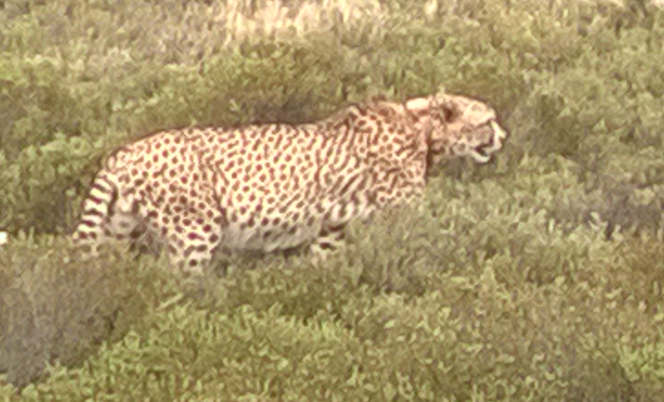 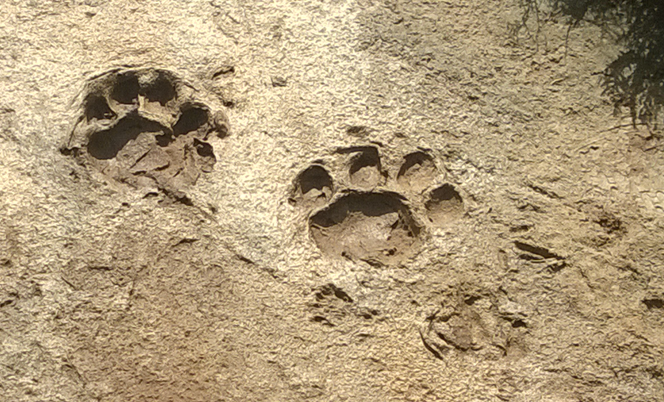 On the way to Hermanus we popped in to visit the Fairies at the Faerie Sanctuary in Swellendam, the girls just loved that, it was right up their alley and went very well with my outfit that day. 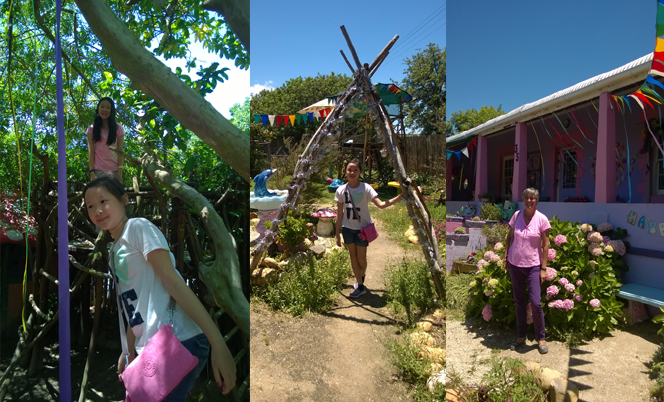 In Hermanus we were fortunate enough to see a few whales whilst enjoying a walk along the cliff path. We were also fortunate to catch the Hermanus Country Market before making our way to Franschhoek. 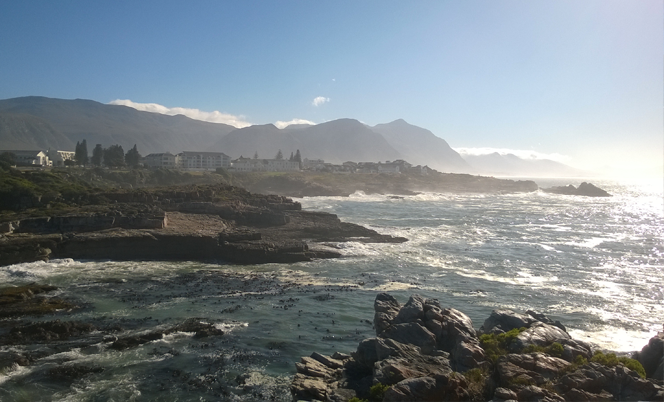 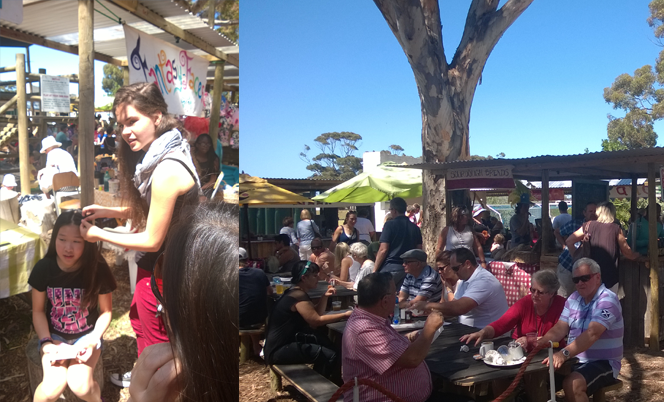 New Friends made and Hairstyles created and the Hermanus Country Market 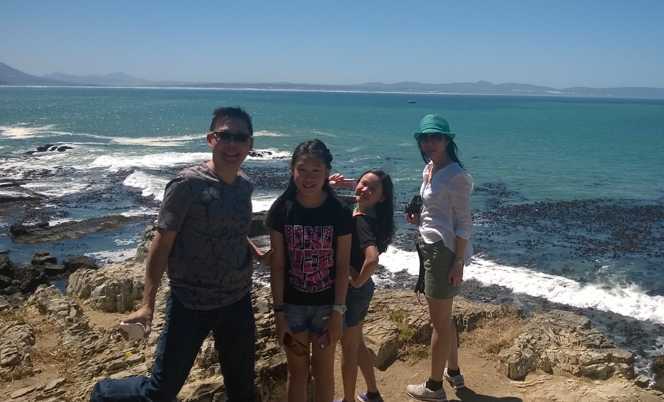 Whale spotting from the cliffs of Hermanus

Our day in the Wine Lands comprised of some very serious strawberry picking, and wine buying at Mooi berg,  a visit to the Franschhoek Motor Museum at L’Ormarans and an impromptu Cellar Tour at Môrenson which was very interesting! 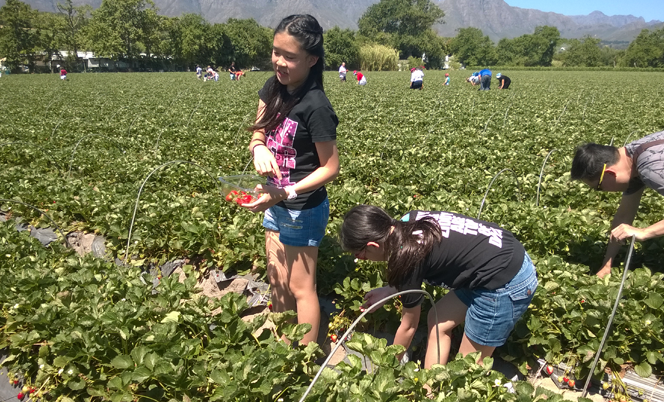 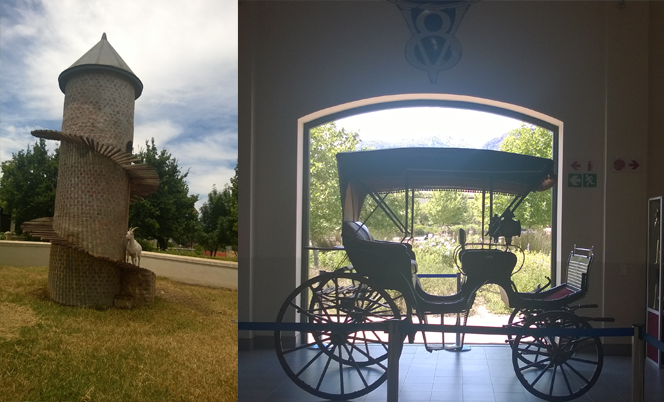 The goats at Fairview and The Franschhoek Motor Museum

The girls voted the Spaghetti Neapolitina at the Goats Shed Restaurant at Fairview, the very best in their travels thus far!

The Pengs spent a couple of days of independent fun in Cape Town and really enjoyed Sand Boarding on the West Coast and Zip Lining on the slopes of table Mountain.  All in all, I think they had a truly wonderful holiday. In fact judging what they wrote on a Trip Advisor Review, I know they did! Read the Review Here.